Missing Christmas in the Philippines 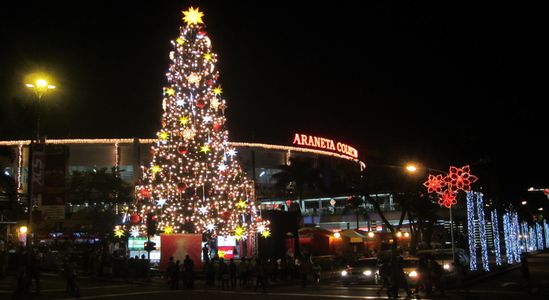 The spirit of Christmas in the Philippines is felt as early as September. Lavish and brilliant display of lights starts showing up in stores, streets and houses. This festive spirit goes on until January on the Feast of the Three Kings. Being a Pinoy abroad or Overseas Filipino offers the best chance to be in the Philippines at this time.

The fun-loving nature of Filipinos sustains the fiesta mood. We are known to make a joke at almost anything and lighten things up.

Being the only mostly Christian nation in Asia, faith and religion play the most part as we celebrate the birth of Christ.

It is the best time to end the year and start the New Year with family. Siblings take time out to stay with their parents. Children get the chance to hear stories from their grandparents. How I wish I had more time with my grandparents during Christmas.

A treasure trove of Filipino traditions

Going to "Simbang Gabi" is always a joy for almost everyone during Christmas in the Philippines. Waking up early for nine days before Christmas Eve excites the family who wishes to complete the novena. After each mass you find the ever-present puto bumbong and bibingka, which you cannot find anywhere else in the world.

Selling parols, Christmas lights and buntings in the streets in Manila

Parol display comes in many shapes and colors. Combined with dazzling lights, the parol or lantern gives life to stores, streets, houses and public places. Its shape reminds the star that guided the Three Kings to the manger in Bethlehem. Contests push people to face-lift their communities with decors, not necessarily using cheap Christmas lights.

After the last Simbang Gabi, the Noche Buena gathers the family to eat together. I bet you have at least one of these traditional foods: queso de bola, hamon, puto bumbong, bibingka and other rice cakes, pancit palabok and lechon. These foods rarely miss the Filipino table at this time. But leave some space if you are in a place where eating from one house to another completes the night.

Where to go for fun during Christmas in the Philippines

Blending traditions with fun during bonds the family stronger. If you stay in Metro Manila, you should not miss certain places especially for the kids. But the country ranks some places high for Pinoys abroad or Overseas Filipinos during this season. Let's check some of them. 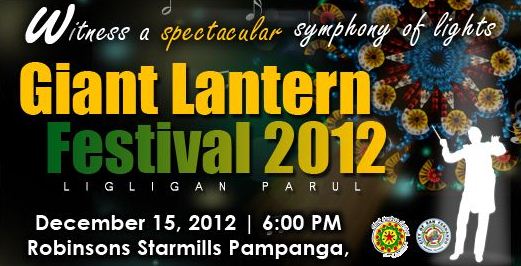 San Fernando City, Pampanga. Witness how the simple parol has changed into an amazing giant. The Giant Lantern Festival dwarfs all lantern displays. Dancing lights, detailed designs and bright colors will lift your Christmas spirit higher. Barangays in this city compete and showcase their giant lanterns every year. This event has earned the city "Christmas Capital of the Philippines" title. The festival starts on the Saturday before Christmas Eve. 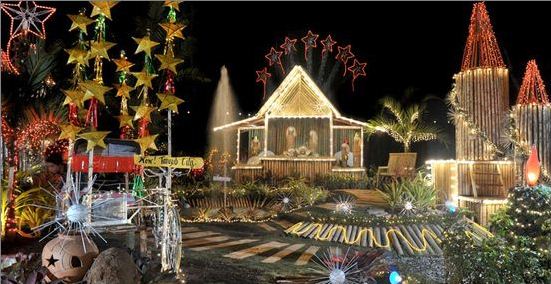 Tangub City, Misamis Occidental. The Christmas Symbols Festival transforms the citys public grounds into a Christmas theme park every year. The Christmas Around the World theme brings to life and colors world famous landmarks and characters. An Inquirer report says that 25,000 people witnessed the opening rites of the festival.

Cebu City, Cebu. Pasko sa Sugbo lights a giant Christmas tree and displays fireworks inside Fuente Osmeña circle at the start of this month-long festival. The tree stays in the circle until the Sinulog Mardi Gras on the third Sunday of January. Local nightly cultural shows keep the festival alive.

As you can see, lights are the main focus of these events. Your familys safety comes first. Cheap Christmas lights are not entirely out of the question as long as they passed safety tests. And can you imagine the effect of solar-powered Christmas lights to electric bills?

Family, traditions, food and exciting places define the Filipino festive spirit during the Yuletide season. Such unique twist makes Christmas in the Philippines nothing like it in the world.