Facts on Japan for OFWs 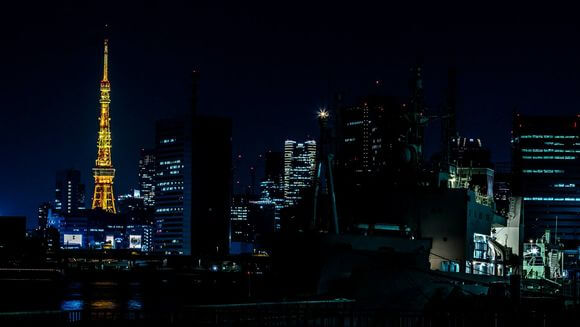 What could be some facts on Japan useful for Filipinos? These interesting facts about Japan should not be a travel guide. You can get such Japan travel facts from Lonely Planet and other sites. Instead, these facts should help you decide to go to Japan.

Japan is both modern and traditional. Technology is part of most buildings, cars and public transport and gadgets.

Yet the people have not lost their cultural discipline. They are polite and always courteous. Simple traffic rules are obeyed.

But these do not slow people down. Life in Japan is fast-paced. People are always on the go. It is opposed to Manila where things crawl or stop due to traffic.

I think you will (not) miss this about the Philippines during your first few days, or even weeks in Japan.

Facts on Japan for entertainers

Filipino performing artists going to Japan used to number 80,000 a year. It went down to roughly 10,000 a year when Japan enforced a new law in 2005. The law seeks to address the rampant human trafficking and entertainers ending up as sex workers.

To qualify, stage actors, singers, dancers or musicians must have at least two years related study or experience outside Japan. You must also be certified by the Technical Education and Skills Development Authority (TESDA) with an ARB or Artist Record Book.

This greatly reduced the earnings of people involved. It is not surprising that there are recruiters urging the Philippine government to ask Tokyo to review its strict policy on issuing visas to Filipino artists who wish to work in Japan.

In any case, safeguards must be in place to protect Filipinas from abuse.

Japan now recruits Filipino nurses and caregivers under the Japan-Philippines Economic Partnership Agreement (JPEPA). Nurses must have worked for at least three years while caregivers should be graduates of a four-year course and certified by TESDA. Nursing graduates may also apply as caregivers.

A six-month language and culture training awaits the chosen applicants before their actual work in Japan. They will receive an allowance ranging from 125,000 yen to 185,000 yen (PHP48,000-PHP72,000) a month. The training will prepare them for the Japanese licensure examination.

These facts on Japan say the health workers are candidate nurses and caregivers until they pass the exam. The exam for nurses is yearly. Caregivers need at least three years work experience before they can take the exam.

The health workers can work in Japan for three years and may work there for an unlimited period if they pass the exam. Salaries and benefits will be based on new and improved contract with their employer. Applicants must pay P1,500 for document submission/authentication, medical examination and P1,150 visa fee. Employers or the Government of Japan will pay for airfare and onsite training costs.

Qualified nurses and caregivers can apply and register online with the Philippine Overseas Employment Administration (POEA).

Japan needs migrant workers for its economy and ageing people. But its laws do not offer automatic citizenship to children born in the country. At least one of the parents must be Japanese for the child to claim Japanese citizenship.

That is what happened to Noriko, the 13-year old girl born to Filipino parents who entered Japan with fake passports. The parents were deported to the Philippines. Noriko was allowed to stay in Japan under a visa that needs to be renewed every year.

But the country is easing up. It passed a law to allow citizenship to children born out of wedlock to foreign mothers. Before that, such children could only be granted nationality if the father acknowledged paternity before the birth. Now, even after birth. This law will benefit thousands of children born of Filipina mothers.

You see, Japan is opening up for OFWs and Japanese-Filipino children as immigrants. I hope these facts on Japan help you decide your next move.